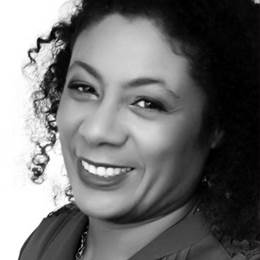 Can Picture Books Change the Story?

I was born in the UK and my mother has lived here for three quarters of her life. She was born in Trinidad and Tobago when it was under colonial rule, so grew up as a British citizen. However, my mother is still an ‘immigrant’ in the UK, while I am a ‘second generation immigrant’. My brown skin marks me out as ‘non-British’. I still feel fury about the Black players in the England men’s football team who were bombarded by racist abuse when they missed penalty shots in the 2021 European championship final. It feels like our right to belong here remains conditional.

I often fear that future generations of Black British children will still be absorbing messages – some subtle, many less so – that they are not wanted in the UK. Even worse, centuries of racism have reinforced many negative stereotypes that affect contemporary children’s lives. As the media bandy around terms such as ‘culture wars’ and ‘cancel culture’ and activists try and break down barriers to addressing colonialism in the school curriculum – what does this mean for picture books?

Well, for me, picture books can have a profound impact. They shape the way that young children – and often the adults that read them – make sense of the world. The African American academic, Rudine Sims Bishop, has famously said that children’s literature can be a window into another world, a sliding door that we can push aside to join that world and a mirror where we see ourselves reflected. For my childhood, it was never a mirror. Children like me were not in books. As an adult writer, I can change that.

The world I wanted to create in Granny Came on the Empire Windrush was primarily one full of love. I am so grateful that Camille Sucre brought Granny and Ava so vividly alive in her illustrations. The love between grandma and granddaughter glows on the page. The book was written before the pandemic, but it feels even more important now for picture books to be a nurturing and kind space for young readers. Granny is very loosely based on my mum’s older sister, my Aunty Baby. Aunty Baby is now in her mid-90s and has never lived in England, but she was the one who told me all our family history – the true, the mythical and the downright apocryphal – when I visited her in Trinidad as a child. As a Black child living in Sussex with no family other than my mother, I needed these stories to connect me to my heritage. Those shared stories were like an anchor as I lurched around around looking for a place to belong.

Hackney Museum runs a lovely activity with school children. They introduce a suitcase filled with objects that they take out one at a time, asking the children to think about who owned those objects. I imagined Granny having her own case, a cardboard one known as a ‘grip’, where she kept the presents that were given to her when she left the Caribbean for good. Migration stories are not unique. Like Trinidad, mainland Britain’s population is mostly descended from immigrants – there have been invasions and occupations, an Empire that depended on overseas labour, and folks fleeing war and violence and so many reasons in between. Many children will have families with their own stories to tell. I hope that adults will read the book, fill their own cases and invite children to share their own stories, an object at a time.

Read for Empathy
Scroll to top