A guest blog from Andersen Press

How has it been 30 years already, you might cry? But in 2019 Andersen press will celebrate everyone’s favourite patchwork elephant, Elmer, created by beloved illustrator David McKee. 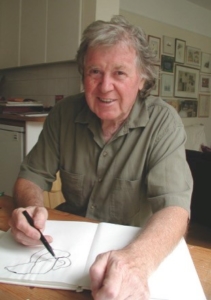 In the 30 years since Andersen has published that very first book, there have been a further 26 picture books (with another planned for 2020) all written and illustrated by David, as well as novelty publishing, plush toys, games, puzzles and in 2017, for the first time, clothing for babies and toddlers.

The fact that Elmer has endured since the late 1980s is a testament not only to David’s incredible style and flair, but also for what Elmer represents – inclusivity, friendship, and not only an acceptance, but a celebration of our own true colours. Never has this message of hope and unity been more vital, to help bring the world together.

“For many years now, Elmer has stood for accepting who you are and celebrating difference. We are all different to a greater or lesser degree, these differences are what make the world so rich.

Elmer is a true phenomenon, publishing in over 50 languages, selling well over 10 million copies worldwide, he has come to stand for something much more than a colourful, classic character – Not only is Elmer loved in the UK, he is beloved across the planet and is a worldwide force for good. Translated into over 50 languages, with successful licensing on-going in Germany, France and Japan, David’s messages and stories are universal.

2019 will see the biggest ever Elmer Day, celebrated on 25th May and throughout the May half term – with over 2000 bookshops, libraries, schools and nurseries  creating their own Elmer events and celebrating with a special birthday party pack for Elmer.

Packs are still available, anyone can sign up to receive a free one at www.elmerday.co.uk

This year, we opened the first ever retrospective of David’s illustration at Seven Stories, the National centre for Children’s Books, over 75 pieces of David’s original art can be seen in this colourful, fun, interactive gallery – that truly brings David’s world to life for children and their adults! Seeing David’s vibrant pieces on the wall you do feel like you’re stepping into Elmer’s jungle, or sitting in Not Now Bernard’s front room!

Elmer’s Big Art Parades will see over 300 Elmer sculptures decorated by artists from around the country on public display in family trails raising money for charities in Newcastle, Ipswich and Plymouth. These sculptures will be free for the public to see and explore, before being auctioned off for charity – with this we aim to raise over £750,000 across the three events. In fact, you’ll get a sneak-peek of one of these sculptures at this year’s FCBG conference – get a selfie with Elmer before he goes on tour!

You may have already seen a brand new theatre show which is touring the UK for the first time in 10 years,which has just been extended to run throughout the summer holidays before a turn on the West End in London this Christmas. Still to come we have partnerships with Empathy Day and anti-bullying charity Kidscape’s Friendship Friday coming later in the year, and more book shop and retail partnerships to be announced.

Everyone at Andersen Press knows how much support the Federation of Children’s Book Groups has given to us, David McKee and Elmer over the years, and much of what has made the character and the books so successful is the support of librarians, teachers and gate-keepers like yourselves.

We’re all delighted that we get to celebrate with you at this year’s conference, with multi-coloured cocktails to toast Elmer, the patchwork elephant!

With huge thanks to Andersen Press. This is a guest blog and the views expressed do not necessarily represent those of the FCBG.