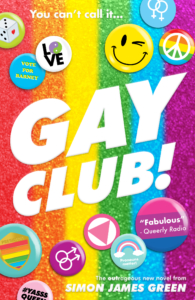 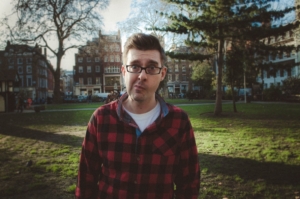 The world can be a big, lonely place, so the need to feel like you belong somewhere is natural. Belonging can mean different things to different people – a home to call your own, people who love you, or a local community who pull together through thick and thin. If you’re lucky, you have a sense of belonging in abundance, so much so, you might never really think about it. For other people, it can be hard to find, but when you do, it can literally be lifesaving.

For the teenagers in my latest YA novel, finding where they truly belong means everything. Gay Club! charts the race to be elected president of a school LGBTQ+ society, and, as such, features a cast of characters who have struggled to find their place in a world that frequently continues to be hostile towards them. Just like the real-life LGBTQ+ young people I meet on school visits, these characters still face homophobic abuse in the corridors, in the street, online, and sometimes, at home. Sometimes it’s overt, sometimes it’s more insidious, but it has the same effect: it makes them feel like outsiders with nowhere to turn. Alone. Frightened.

… until they join the LGBTQ+ society. This is so much more than a group of people who share the same interests or concerns. Yes, there’s a lot of reassurance in meeting people experiencing similar things to you, there’s a lot of comfort to be had when you realise you’re not the only one, and there’s valuable advice to be gained from talking with people who have already been there, or are going through it at the same time. There’s something else too though. For the first time, they find somewhere where they’re truly safe. Somewhere free from judgement, insults, loaded looks and disapproving glances. A place where it’s OK just to be yourself, where you don’t need to hide who you are, and more than that, where you can actually celebrate it, loud, proud, and without fear. When we’re talking about belonging for marginalised people, it takes on a whole new meaning: it’s liberating, joyful, true freedom. The shoulders drop down. You can breathe. In here, you’re going to be fine.

There’s also strength in numbers. When you belong, you feel more powerful. It’s hard for one person to change the world – but together, more is possible. The teens in Gay Club! go on a huge journey in this regard, from backstabbing and sabotaging one another’s election chances, to learning that, in face of discrimination and people who want to take away hard-won rights, we’re better off united. The kids in my book, just like the ones I see campaigning on Twitter against the books bans in the US, and the ones from UK schools who sent me letters of support after one of my school visits was cancelled, have a shared goal: they just want to live their lives, be who they are, and be happy. That’s something we all want. And whether your thing is D&D in the library, joining the drama society, or belonging to gay club, it’s feels good to find your people.

Gay Club! by Simon James Green is published by Scholastic in May 2022

Belonging in a Broken World by Anne Cassidy
Scroll to top