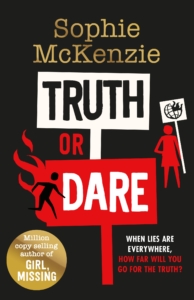 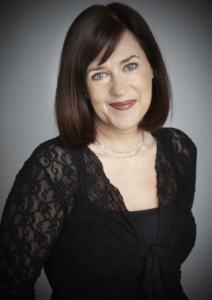 Inspirations behind Truth or Dare

Like many of my books, Truth or Dare is a thriller: full of twists and turns – and featuring, at its heart, a teenage main character who has to make some tough ethical choices. Maya Peyton is reluctantly spending the summer with her grandparents and – even more reluctantly – working at Gran’s factory, Peyton Soaps. She meets a boy, Bear, who lives in a nearby eco-group with which Gran is at odds – and, fascinated by the alternative community, soon finds herself deceiving both sides, keeping her connection to the big local employer secret from Bear – and lying to Gran about her new friends. When Peyton Soaps turns out to be far less green than Gran has claimed, Maya is led down a perilous path involving high-stakes action, betrayal and a desperate race against time to save those she loves.

The story grew out of two ideas, both of which had been swirling around in my head for ages. Firstly, I really wanted to write about the environment, but not in a preachy way and definitely not in a context that suggests it should be up to the younger generation to save our planet. The issues of waste and recycling and values and priorities have been written about a lot, of course, particularly in non-fiction but my aim was to make them part of an exciting and thrilling story, where the narrative is still driven by the characters.

Secondly, I wanted those characters to be complex and rounded, facing real and relatable challenges. I think the most successful YA stories revolve around believable individuals facing moral dilemmas and this concept was always at the heart of Truth or Dare, right from the start. In fact, the book’s working title was Maya’s Choice, referring (partly) to Maya’s early decision to lie about her eco-group friends to her Gran – and vice versa.

These initial ideas developed over a period of several years, ultimately entwining themselves with each other, so that in the final version, all of Maya’s moral choices are rooted in the conflicting attitudes towards the environment of the other people in the story. On top of this, the lightly romantic sub-plot of the book details the developing friendship between Maya and Bear – and Maya’s growing awareness that there are other ways to look at the world than through her own, initially fast-fashion-loving perspective.

As I wrote myself into the character of Maya, I realised that despite how worldly she seems (and feels) at the beginning of the book, she is actually consumed by worries about what others think of her and feels a deep need to fit in. A lot of people feel like this, especially when they are trying to work themselves out as young teenagers: no longer children but not quite yet properly adult. I certainly did. I always need to find a way to connect to my main characters and I think it was these qualities in Maya – and my memory of feeling insecure when I was younger – that brought me closest to her and helped me find the emotional story that lies under the action.

Our Journey to Becoming Authors and Co-Authors- Logan Macx