We always enjoy reading an author’s inspirations that prompt them to write a story.  A.M. Howell has now penned 4 brilliant books and we can share a special guest post from her today about her inspirations behind The Secret of the Treasure Keepers. 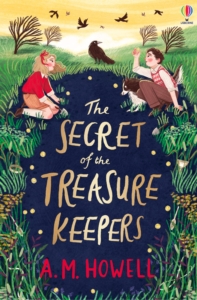 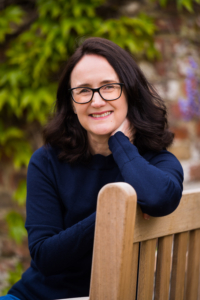 The Secret of the Treasure Keepers Inspiration

The thought of finding treasure is something that’s always gripped me, and as a child I loved nothing more than digging around my parents’ garden hoping to find something exciting. The inspiration for my latest historical mystery The Secret of the Treasure Keepers came from some fantastic Roman treasure discoveries made in the East of England that must have been amazing to witness first-hand. This includes the Mildenhall treasure, over thirty pieces of Roman silver tableware (including a giant dish which weighs a massive eight kilograms) ploughed up in 1942 in a field near Mildenhall in Suffolk.

I visited the British Museum where this discovery is now on display (with a replica also on show at Mildenhall Museum) and was fascinated to learn that the treasure wasn’t reported for a few years as the person who discovered it couldn’t bear to part with it. It’s even been said that the Roman ladles discovered were being used by the treasure finder as breakfast spoons! There was also a rumour (since disproven) that the treasure came from elsewhere and had been reburied. This gave me the idea to write about the discovery of artefacts that had been reburied to keep them safe during the Second World War which ended in 1945, three years before my story is set.

While researching the book, I had a fascinating email exchange with Catherine Johns, a renowned and now retired archaeologist who worked at the British Museum in the 1950s. Learning of the past difficulties women experienced in pursuing a career in archaeology helped me develop the character of Harriett, the mother of the story’s 12-year-old protagonist Ruth. In the story Harriet has no formal qualifications in archaeology but works as a volunteer at the British Museum and is intent on following a career path she is passionate about. When quite by accident Ruth becomes aware of a potential treasure discovery at an isolated fenland farm, she persuades her mum to go and investigate. Once there they find out the treasure is not all it seems and holds secrets that must be uncovered.

I’ve enjoyed researching and writing this story perhaps above any other, as it’s given me a new appreciation for the things we find in the ground. Archaeology connects us to history in a visceral way few other subjects can, and I hope that my story will inspire more children to find out more about it and maybe even consider it as a career choice too. I think that would have made my younger self digging in my parents’ garden very happy indeed.

The Secret of the Treasure Keepers by A.M. Howell publishes in paperback from Usborne on 31 March.

Ella in the Garden of Giverny by Daniel Fehr

National Share A Story Month- May 2022
Scroll to top