A look back over some of our previous winners

Overall Winner and Winner of the Younger Readers Category

The Explorer, written by Katherine Rundell and illustrated by Hannah Horn, published by Bloomsbury.

Winner of the Younger Childrens Category

I Dare You written and illustrated by Reece Wykes and published by Andersen Press.

Winner of our Older Readers Category

I Have No Secrets written by Penny Joelson and published byEgmont (Electric Monkey).

The overall winner of our 2017 CBA Book Award was An Eagle in the Snow by Michael Morpurgo and Michael Foreman. It also wins the Books for Younger Readers Category.

One by Carnegie Medal-winning author Sarah Crossan won the Books for Older Readers category and Oi Dog!, written by Kes and Claire Gray and illustrated by Jim Field was named the Books for Younger Children’s category winner.

Blue Peter Best Story Award-winners Pamela Butchart and Thomas Flintham continue their winning streak by being named overall winners of The Children’s Book Award 2016. Their book My Head Teacher Is a Vampire Rat wins the Books for Younger Readers category before going on to win the overall prize. Pamela and Thomas were presented with the silver oak trophy by the children of Ipswich Children’s Book Group.

Apple and Rain by Sarah Crossan wins the Books for Older Readers category – seen here with the children of Solihull Children’s Book Group and Is There A Dog In This Book? by Viviane Schwarz is named the Books for Younger Children category winner.

The award is voted for entirely by children: in 2016 nearly 100,000 votes in total were cast and over 30,000 for the shortlist. To learn more click here for the press release. The ceremony was entertainingly hosted by children’s author Steven Butler, photographed below with the winners.

*All Photographs by Ed Thompson

Some pictures of the wonderful portfolios prepared by children for the shortlisted authors and illustrators, 2016 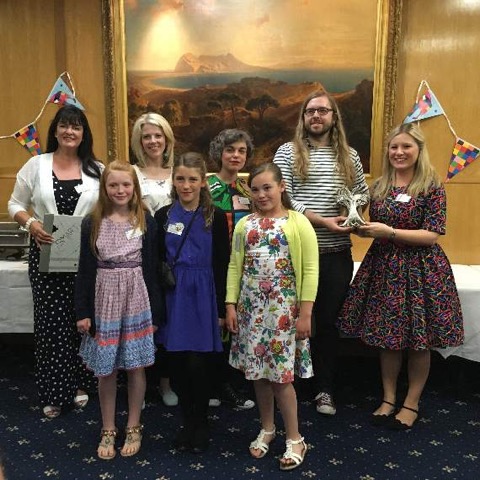 The girls travelled to London for the prestigious awards, joining children from other book groups across the UK. As well as meeting several top authors during lunch and an informal book signing session, Fern, Nell and Ruby were chosen to present a portfolio to writer Kim Slater for her book Smart. The portfolio consisted of work on Kim’s book carried out by students across the UK, including pupils from several schools in Pembrokeshire. It was bound and illustrated professionally. Catherine Cumine, Fern’s mother, said the girls described it as a really exciting experience with an ‘awesome atmosphere.’ “They said they enjoyed being surrounded by books and it made them want to read everything!” said Catherine. “It was lovely to be involved in something centred fully around books and celebrating reading,” she added. “The authors were very open, kind and supportive with the children and it was a brilliant day. They even had invitations to meet up with some of the authors at the Hay Festival!”

The Children’s Book Award (known as the Red House Children’s Book Award during the 14 years of The Book People’s sponsorship)  is the only national award for children’s books that is voted for entirely by children themselves. It was founded in 1980 by the FCBG’s Pat Thomson to celebrate the books that children themselves love reading, and each year since then children in FCBG book groups and around the UK  have been reading as many new books as they can and voting to pick both the shortlist and the eventual winners. It is highly respected by teachers, librarians and parents, and past winners include J.K. Rowling, Patrick Ness, Andy Stanton, Malorie Blackman, Anthony Horowitz and Oliver Jeffers. Now in its 36th year, the award has often been the first to recognise the future stars of children’s fiction and has the ability to turn popular authors into bestsellers.

Rick Yancey, overall winner in 2014 said in his winning speech: “To get this award is the most special experience I’ve had as a writer because it’s from all of you, it’s from the people I’ve been sharing this experience with; and to be recognized and honoured in this way is something that really is special to me beyond words.”

Voting for the shortlist books is done by FCBG local groups from all over the UK.

The full shortlist for the Children’s Book Award 2016 is as follows: 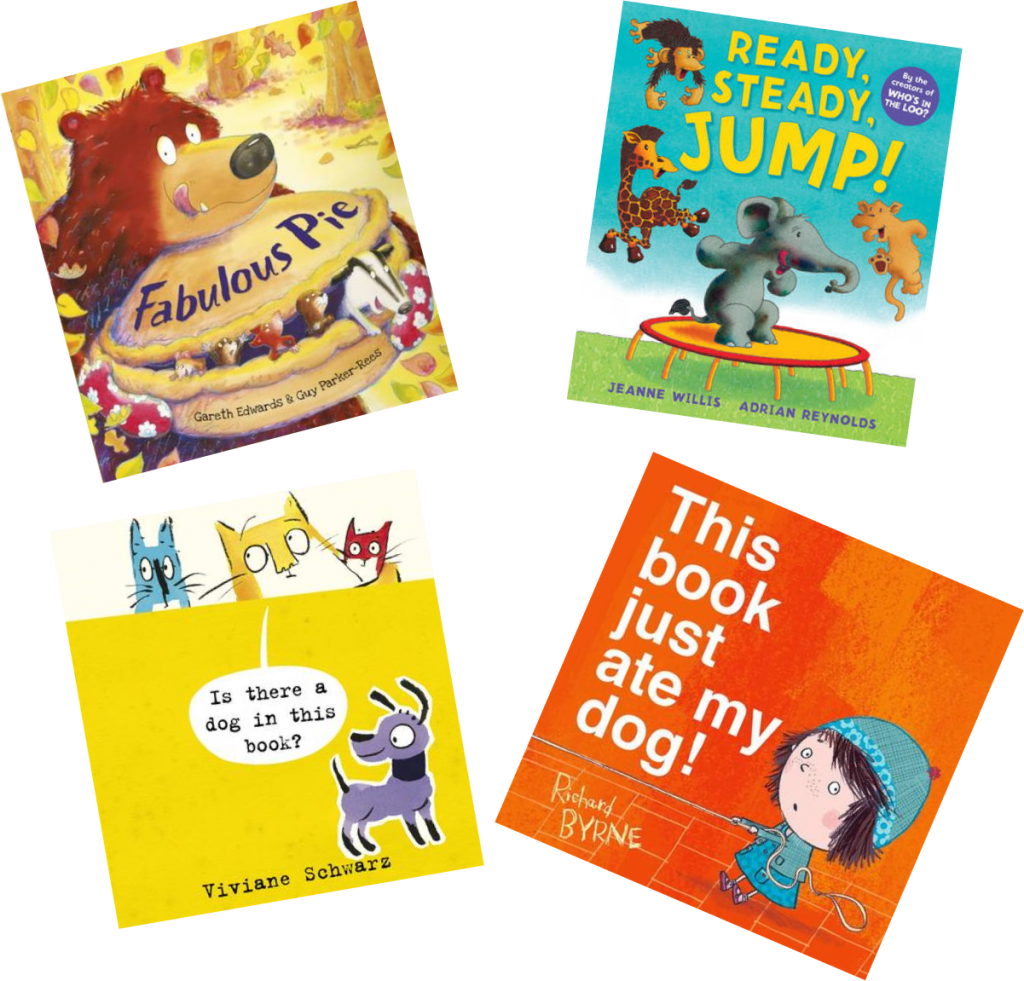 The children of the Federation of Children’s Book Groups have chosen their favourites and the winners have been announced at an exciting ceremony at the Queen Elizabeth Hall in London. Oliver Jeffers and Drew Daywalt’s The Day the Crayons Quit was the overall winner, and winner of the younger children category. The other category winners were Demon Dentist by David Walliams and illustrated by Tony Ross (books for younger readers) and Split Second by Sophie McKenzie (books for older readers).

Drew Daywalt and Oliver Jeffers both live in New York City and could not make the ceremony, but were represented by their publishers. 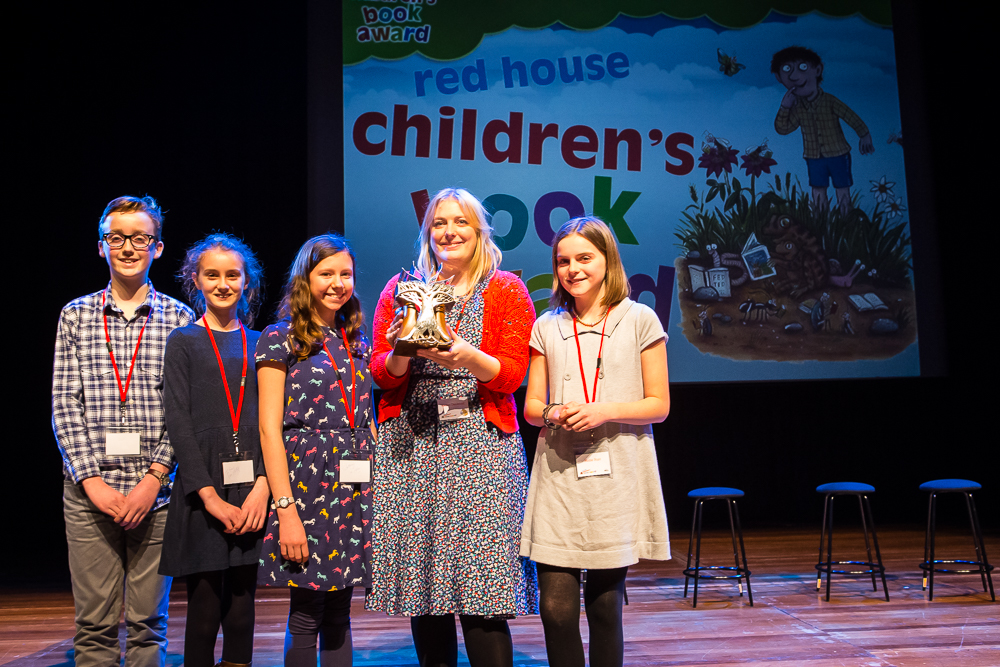 Drew thanked voters via Twitter with this wonderful illustration: 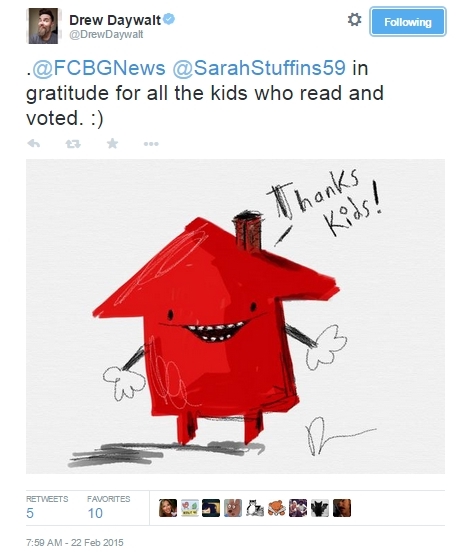 Wendy Gilham, RHCBA coordinator said:
“It’s been a very exciting first year for me to be organising the Award. What a wonderful shortlist of books the children chose and with nearly 50,000 votes from FCBG children around the country, it really shows the Award’s popularity among the nation’s children. The Day The Crayons Quit is truly the children’s choice.”

The 2015 shortlisted books were: 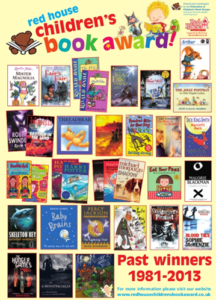 The award for the overall winner went to Spooky Spooky House by Andrew Weale and Lee Wildish!

If you have a question you can’t find an answer to on the website contact cba@fcbg.org.uk and we’ll try to help.

Some past press coverage