Michael Mann has written a wonderful and personal piece about his own sense of Belonging, which ties in perfectly with our theme! 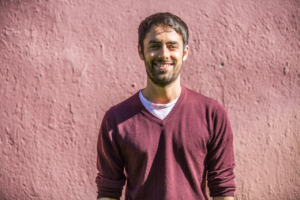 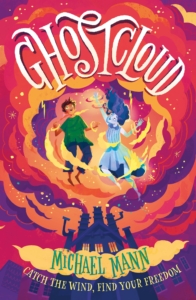 As a person of mixed heritage, I feel mixed about belonging.

Part of my identity is about not fitting the category – being in between. And I was proud of this growing up. I could feel tanned with my England cousins and fair with my Indian ones. I could eat spicy food at one grandma’s and a roast at the others. I could support England or India in cricket, depending on who was winning.

It was win-win, literally. Why would I want to belong?

But the problem with playing both sides, is that you have to choose. You end one thing or another – and never quite yourself.

When I wrote Ghostcloud, I wanted to explore this – this sense of duality, identity, belonging and choice. Luke Smith-Sharma, my protagonist, has to save the world and his friends, just like any decent middle grade hero worth his salt… but he also has to figure out where he belongs. He starts the story feeling he is lacking. He is half-Indian, half-detective, and as he discovers, ‘half-ghost’, but all he wishes is that he could be ‘one thing properly’.

But as the story progresses, he realises this can be strength. That he isn’t lacking. That though he moves between worlds, he doesn’t need to pick one, or belong in one or the other. That he can be happy in between and happy halfway.

He also realises that it’s not just him – or your race or heritage – that can leave you feeling like this. His friend Jess, is a girl and wants to be plumber. His friend Alma, is a ghost, but doesn’t want to go to the ‘End Place’. Both of them feel the pressure to change themselves in order to belong, but decide they don’t want to .

I saw this kind of stuff all the time as a primary teacher. A girl who identified as South American but was embarrassed that she didn’t speak Spanish. A boy who wanted to pay netball instead of football at break. Most of us don’t fit at times. Most of us move between worlds in our own little ways.

In books, though, I don’t see this explored enough, especially around heritage and race. And I hardly ever saw it in the kind of fast-paced adventures the kids in my class loved to read. And that’s why I wrote Ghostcloud like I did. It’s first and foremost an adventure, but one that celebrates duality, mixed-ness and not quite belonging

I’ll end with a mix a of hard facts, and one rather soft one.

Mixed race didn’t even exist as a category in the census when I was a kid. When it first appeared, in 2001, we were only 1% of the population. We’re now 2.2% according to the last census, and the ‘fastest growing minority’. According to CLPE, in 2019 0.9% of books featured a mixed race lead, up from 0.2% in 2017 – though there’s no tracking yet of how that breaks down – half-asian, half-Chinese, half-Black and so on – the different mixes are all mixed up together..

As for the softer fact, it is that every 2-3 school visits, there is a half-Indian kid in the class, who is so excited to find that I am, and that my hero is too, they practically jump out of their chair to tell me. And every time they do, I feel so happy my little author heart just bursts.

And when this happens, I don’t feel belonging, but connection. I think that’s a word that resonates with me more. As writers, and readers, we connect with so many characters that are so different from us – that’s the beauty of the books. I hope that by having more mixed characters in books we can make those connections deeper.

Noodle the Doodle by Jonathan Meres

Similarity, Difference and Everything In-Between by Ziggy Hanaor
Scroll to top