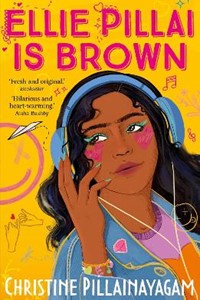 STORIES BELONG TO ALL OF US

A few years ago, I was watching Netflix when I came across a film. An archetypal girl-next-door-falls-for-her-best-friend’s-brother teenage love story – at that time, the most watched film on the platform. There were so many recognisable tropes in this story, so many familiar teenage emotions, even to me, a grown woman. What there wasn’t – was anyone that looked like me.

I enjoyed the story based on a best-selling book, probably too much for someone who hasn’t been a teenager in over 20 years; because those teenage emotions are universal, not just to young people, but to anyone, any age, who is still trying to work out who they are and where they belong. It spoke to me – and yet somehow, it didn’t.

Like so much of what I grew up with, it was a narrative that simultaneously included and excluded me. That told only part of my story, from someone else’s point of view. I grew up feeling like an innate part of me was hidden. As if looking in a mirror, I saw nothing but empty space in front of me. The lack of representation evidenced by my bookshelf in the stories that reflected other people’s triumphs, other people’s adventures, other people’s love. I learned quickly I wasn’t like other people: I was just ‘other’

It’s hard to feel you belong to the world, when you never see yourself in it. All children deserve to be seen. To feel they belong. To be understood and soothed by stories that reflect their realities. Books introduce children to the world. They give us permission to take up space, by connecting us to each other’s stories – showing us that each one is as important as the other. They teach us empathy and compassion by giving us the ability to quite literally walk in someone else’s shoes. Stories belong to all of us.

When a child sees themselves reflected in the pages of a book, it creates a sense of possibility. It sends a simple but powerful message: that they can. That there is a world in which they can be different versions of themselves, a world in which they can choose how they are seen. A world in which they belong. Because belonging is about a sense of self. A grounding in who you are. To belong, is to feel you deserve to exist in any space you choose. The books we read growing up set the foundations for who we can be, for what we believe we can achieve, for where we feel we can belong. Representation matters, because books build worlds. And when they see you, when they really, truly see you – you know you have the power to build worlds too.

Christine Pillainayagam is the author of Ellie Pillai is Brown, out May 2022. She has also released an album of original songs that feature in the book, available to listen here: https://open.spotify.com/album/2M7XqnuFXlgUC9Fa6uV4ZO?si=Uirs2IvpR9-vIj2wbW80Ig