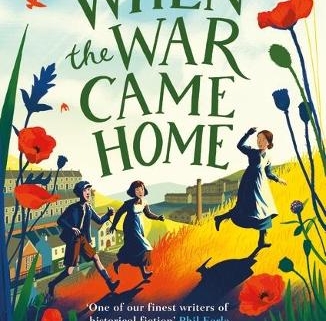 A wonderfully honest piece from Lesley Parr about the beginnings of her becoming an author. 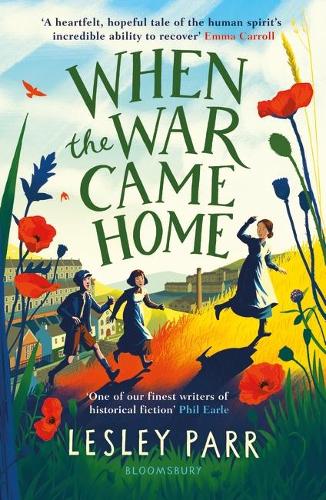 When I was a child, I often sat on my bedroom windowsill writing stories and poems. As a teen, I wrote many letters but, as I got older, life took over and the writing got a bit…lost.

But, in 2011, I set out to find it again and threw myself into becoming an author. I started with classes at my local arts centre, then some Writers & Artists courses in London, I joined Twitter, I got networking. Best of all, I secured a place on the MA in Writing for Young People at Bath Spa University. The six-hour drive each week was completely worth it for what the course gave me. Their ethos is to guide, rather than teach, and it was joyous to be with like-minded people and find the confidence to share my work.

It was there that my first book, The Valley of Lost Secrets, began. A writing task pushed me out of my comfort zone and into historical fiction and it felt so instantly right, and the characters of Jimmy and Ronnie felt so real, it became my MA manuscript.

After graduation, I needed to find an agent. I’d written a manuscript a few years before and no one had picked it up. Looking back, I can see why – it was twee and overwritten (cringe). On Twitter, I had made a friendly connection with Amber Caravéo of Skylark Literary and she asked to see my story. I sent it, Amber said she’d be in touch within three weeks, actually read it in two days and offered to represent me! I was over the moon – she was my number one choice. Now I’ve said this, I’m painfully aware it sounds like getting an agent was easy, so I want to add that Skylark were one of the agencies who had previously rejected my work. Amber and I laugh about it now, and it shows that self-improvement and perseverance pay off.

The next step was to work on the manuscript with Amber before sending to publishers. Being on submission was a nerve-wracking process and I had a lot of rejections. I think eighteen in total. The feedback was almost always the same – the writing is beautiful but we don’t know where to place it in the market. This is something all writers have to face. Good writing isn’t enough on its own – there are many factors at play, whether that’s a lack of space for your genre on a publisher’s list, commerciality, or just a matter of taste!

I was truly thinking this manuscript would not be ‘the one’, that I’d have to shelve it and try again (sob). But along came Zöe Griffiths at Bloomsbury; an editor willing to work with me to find this story its place in the market. And we did it! The Valley of Lost Secrets secured the Waterstones Children’s Book of the Month slot and things are going pretty well…

Now I’m drafting my third novel. It’s been many years since I sat on that bedroom windowsill and so much has happened to make me into the author I am – one who wants to write about Welsh, working-class communities, like the one in which I grew up, one who likes to show that so-called ordinary people can do extraordinary things. In my second novel, When the War Came Home, Natty achieves a lot; helping soldiers from WWI and becoming an activist for political change. Not bad for a twelve-year-old!

So, I’d like to leave you with a quote from one of my favourite writers, David Almond:

aiming high, not giving a damn,

doing it for love, and because

When the War Came Home by Lesley Parr is published by Bloomsbury and is available now!

Worlds within Worlds by Amy Sparkes
Scroll to top