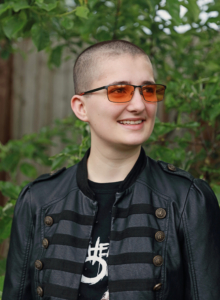 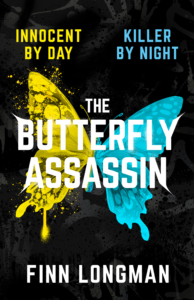 When I first met my protagonist, Isabel Ryans, she was living in the wrong book.

As the secretary to the main character of a crime novel I would never finish, she was bursting with backstory. She’d worked as an assassin since her teens. She was connected to a shadowy organisation called Comma. Her first language was Esperanto. She knew dozens of ways to kill someone – and she was also an excellent typist.

Maybe in somebody else’s hands, this assassin-turned-secretary would have thrived in that novel, but in mine, she came close to going to the grave of abandoned manuscripts and forgotten characters.

Except I didn’t forget her.

Two years later, that novel long-abandoned, I circled back to this character, and realised that – not for the first time – I’d started the story in the wrong place. Her backstory was the most interesting thing about her. Why was her first language Esperanto? How had a teenager ended up becoming an assassin? And what kind of an organisation was Comma?

Asking myself those questions set me on the path to writing an entirely different book, one that became The Butterfly Assassin. I promoted Isabel to protagonist and dived into her backstory in search of the story I was looking for, and a setting that might house it. At first, I conceived of it as an entirely alternate world, but after some thought, I narrowed my focus to a fictional city, walled off from the rest of the world and controlled by two murderous guilds. Trying to determine how the city had come to exist (and how such organisations came to power) gave me the alternate history that made Isabel’s existence possible… and also helped explain the Esperanto. The worldbuilding came in layers: the big picture, and then the smaller details, as I began to ask more and more questions of the setting I was creating and the characters who inhabited it.

Really, The Butterfly Assassin has always been about asking questions, and going in search of the answers. How bad can a character be before the reader can no longer sympathise with them? (Pretty bad.) Does a book have to include romance to depict intense, meaningful, and emotionally devastating relationships? (No.) Why did none of the assassins in the teen novels I was reading at the time seem to actually do any assassinating? (Not sure, but mine was certainly going to.) The more I wrote, the more questions I asked, and the more answers I created. Sometimes, they were questions I was asking of myself; other times, they were questions I was asking of the media I was consuming, ways of responding to stories that weren’t satisfying me. And I found answers all over the place: in history and the present day, looking at closed cities, intelligence operations, and the arms trade; in my imagination and my own experiences, exploring identity, pain, and friendship.

The Isabel who occupies this book now isn’t very like the character who was once secretary to the director of an arts organisation plagued by unexplained murders. And the book she’s occupying is an entirely different one. But a few things stuck. She still speaks Esperanto, and her guild is still called Comma. It’s funny the things I got right, before I even knew the questions I was asking.

The Butterfly Assassin is out 27th May in paperback, published by Simon & Schuster Children’s Books

If you Still Recognise Me by Cynthia So