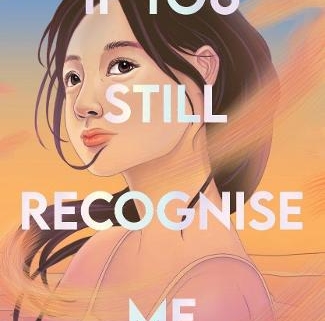 I have had countless crushes on people I’ve met through fandom, on the Internet. In some cases, I didn’t—and still don’t—know what they look like. I fell in love with them through their words. All of them wrote fanfiction, and I would be completely mesmerised by their prose. The way they wrote about love.

This is how Elsie Lo, the protagonist of If You Still Recognise Me, feels about Ada, her crush. She knows what Ada looks like and she thinks Ada is gorgeous, but it’s Ada’s words that she fixates on, and words in general. Stories. The very concept of romance. She’s never met Ada, because Ada lives an ocean away. What she has is Ada’s fanfiction: the yearning that she feels expressed in Ada’s stories encapsulates the way she pines for Ada herself.

Elsie decides she can’t hold this feeling in any longer. She has to tell Ada. But ironically, she can’t do it through words herself. She can’t bring herself to say it directly. So when she hears that Ada’s grandma, Rebecca, used to be really close friends – and maybe more? – with another woman called Theresa, before they lost touch, Elsie is struck by an idea. She’s going to be find Theresa and reunite her with Rebecca, and this will be her way of showing Ada that she loves her.

It’s an odd plan. But it makes sense to Elsie. Crushes make us do silly things. Case in point: before I started sixth form, I thought I wanted to study Physics at uni. I picked out my A-levels: Physics, Double Maths. Then I had a crush on a fanfic writer who studied Classics at Oxford. This fanfic writer and I weren’t really friends or anything, but I just admired their writing so much. Because of that, I had a change of heart and decided I too wanted to study Classics at Oxford, and I went and switched all my A-levels at the last minute. It wasn’t even like I was ever going to meet my crush at Oxford, because they were several years older than me and would have finished their degree by the time I started mine, but still. I just wanted to feel closer to them in some way.

Thankfully it worked out, because I don’t think I would have enjoyed Physics at all, and doing Classics at Oxford brought me lots of wonderful people in my life whom I love very very much. (And I’m still so in love with Oxford as a place that I had to make it the setting for my book.) That’s the thing: doing silly things because you have a crush on someone can change your life completely, in ways you absolutely don’t expect. And that’s what If You Still Recognise Me is about. How following your heart, in all its messiness, can lead you in such surprising directions, to magical places that you never imagined before.

If you still recognise me is published by Little Tiger and is available now.

Black girl magic in Georgian Britain: could mystery be the key to unlocking...

The Butterfly Assassin by Finn Longman
Scroll to top