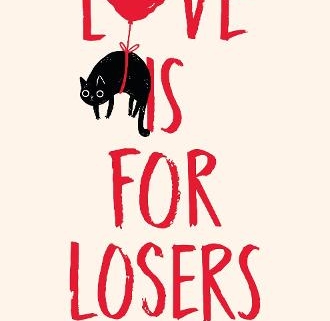 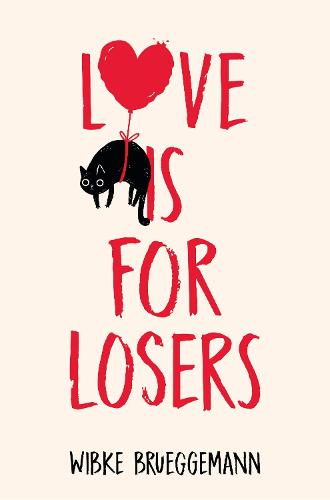 When I started writing Love is For Losers, my objective was to write a love story.

It quickly became apparent to me that if Phoebe was to oh-so reluctantly fall in love, she would fall in love with a girl, and as soon as the character of Emma popped into my head and started to take shape on the page, it was a done deal.

In a time where we’re so concerned with representation, I think it is important to tell stories that feature LGBTQ+ people in exactly the same way we tell stories of characters who are not. Look, if you invite me and a bunch of straight friends to lunch, I don’t need lunch to be about me. I just want to be invited and talk about life and love with fellow humans.

Sounds simple, doesn’t it? Besides, it’s 2021, and we have the internet on our phones, we can message people anywhere in the world at any time, we can watch a live video stream from the International Space Station, we’re crazy about making stupid people famous, so do we really care about people being gay or straight or whatever?

Well, apparently a lot of us still do.

In December 2020, in the midst of a catastrophic global pandemic, three hundred people in the UK complained to the BBC about a same sex couple competing in the TV show Strictly Come Dancing. In January 2021, I wake up one morning, in London, to find that people took time out of their day to complain about an advertisement in which two gay men are eating a Cadbury’s Cream Egg. It’s almost impossible to believe.

Now, I knew I was bisexual before I knew that was a thing, and even when I was a child, I was fascinated by people who thought that was weird.

I grew up in the eighties, in a male dominated, chauvinistic society in a tiny village in rural Germany. I remember my father watching a gay couple one day, when we were at a restaurant in the city, like he was looking at creatures in a zoo. When we got home, he announced that in gay and lesbian relationships one person is always “the man”, and my mother nodded in total agreement, and I just thought: Why are you so strange?

The day I told Mum that I was in love with a woman, she looked at me with nothing but fundamental annoyance and said: “Why can’t you be normal?”

The thing is, I always knew that I was normal; it was everyone else who hadn’t evolved quite yet.

Unsurprisingly, I didn’t get on with my family for a long time. I was in relationships mainly with women, and none of these relationships were ever acknowledged by my parents. Only when I started seeing a man did Mum and Dad perk up. Suddenly my feelings were valid. I had the right to be in love, and when it ended, I had the right to be heartbroken.

I realised then that it wasn’t that my parents had been hateful towards me because they were homophobic, but that they simply did not understand that love is love.

They’d never personally known a human who was gay, or lesbian, or bisexual, and they had no idea what to do with me.

LGBTQ+ people didn’t feature in the stories they read or watched on telly, and they brought zero emotional intelligence to the table. They grew up in a world where a love story was always a straight love story, and a gay love story was something they didn’t choose to watch, and if a gay narrative happened to infiltrate Saturday night family viewing, it was always about broken families and someone having an existential coming-out crisis.

And that is the reason why Phoebe being a lesbian is purposefully not the point of my book, and why I didn’t want her to have to come out to anyone, not even to herself. Because first and foremost she’s a human teenager. She thinks about love and sex and family and friendship and community.

I wanted Love is for Losers to be as much an uplifting and funny read as a reflection of my most heartfelt wish for the future. I know we’re going in the right direction, but there’s so much work to do, and I hope I’m helping with this book, and that in these still troubled times the book assures my readers, whoever they may be, that:

· Every love story is valid.

· Every heartbreak is valid.

· Every family formation is valid.

· Your dreams and desires are valid.

· You are normal, you are loved, you will find your tribe, and you are important.

Love Is For Losers is Wibke Brueggemann’s debut novel and is out 21st January 2021, published by Macmillan Children’s Books.

Putting My Cards on the Table by Liz Kessler