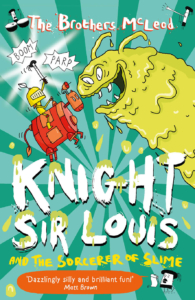 There must be a moment in our childhoods when we became interested in books. A moment when we thought… this is for me. This is a doorway into something more and I want to step through it. We moved from the task of learning to read, through to a self-motivated desire to read for ourselves, to choose our own books. But what happened in that special moment? And how do we help others find it?

Some of the first books I read were mostly pictures. My brother and I loved the Asterix comics. We had most of them in hardback editions and read them over and over until they fell to pieces. The characters were bold, the action hilarious and the illustrations a feast for the eyes. But the characters also had a lot of heart and keeping their community together was always the driving force. It was the same for my sister. She loved the Brambly Hedge stories. There was so much to see in those intricate illustrations of the characters’ cosy, hidden houses. These are books you want to share with your own children, to pass on your values, your enthusiasm for reading and to reconnect with your own childhood.

When my nephew Louis was about six, he was starting to connect with stories, and involved himself in imaginative story play. His illustrator father (my brother) Greg drew him a series of funny characters based on the family… but with a medieval, fantasy twist. Those characters were the basis for a book that I wrote for him called Knight Sir Louis. Greg drew more illustrations to go with it. It was filled with the kinds of things that Louis liked. Adventure. Silly humour. Comic peril. And at its heart a young boy trying to make sense of a bonkers world. It really helped writing for an audience of one. It gave the story a real focus.

Later, we revisited the book, polished it up and our agent Gaia took it to the amazing Guppy Books who decided to publish it. Once that happened Greg worked on a whole bunch of new illustrations. We aimed for one on every page. We didn’t just want the images to reflect the written word. It was important that the illustrations added something more. That’s something we’ve carried forward into our creative workshops – they encourage children to think of storytelling as something you can do with words or pictures or words with pictures. It helps you to stay creative by switching your approach to a story.

As a writer it’s a total joy to have a book that is so full of illustrations. When you create a character and then someone sends you an illustration… it’s a magical moment. The character comes alive in a new way. And it helps them come alive for readers too. A picture is worth a thousand words. So goes the aphorism. In which case, our children’s middle-grade books contain 300,000 words! Not bad. (They don’t, you’ll be relieved to hear!)

I believe the combination of illustrations, comedy and heart are ingredients that can really help children pass from reading-as-a-task to reading-as-a-pleasure. One parent on Twitter wrote “Knight Sir Louis by @brothersmcleod are the books that got my son into chapter books! Fantastic books! (@rebeccareadalot)” That was an amazing thing to read.

Our books have a very silly tone with lots of ridiculous moments. But please don’t mistake authors of funny books as being glib about the written word. And please don’t think badly of books with lots of illustrations, as though the interruption of text means they are somehow from a lower grade of literature. Those books might just be the ones that encourage reluctant readers to be the rhapsodic readers of the future.

The Knight Sir Louis series is from the brains of award-winning sibling duo, The Brothers McLeod. Knight Sir Louis and the Sorcerer of Slime is published June 2022 by Guppy Books. https://guppybooks.co.uk/authors/the-brothers-mcleod/

The Greatest Show on Earth by Mini Grey

Rex: Dinosaur in Disguise by Elys Dolan
Scroll to top