And Grandma’s lost the plot!

She’s decked the dog in ribbons, and mince pies? She made A Lot…”

If you had a large filing cabinet (one large enough to store people in) you would have found both of my grandmothers neatly organised into the section entitled “MAD AS A BOX OF FROGS”.

Alice, my mum’s mum, was tall, slim and Irish. She was always dressed in Autumnal Tones, often involving a turtle neck, and had immaculately set hair. She could talk the hind legs of a donkey, snap wasps out of the air with the skill of a Shaolin monk and her every day (very eccentric) observations and views on life sounded like magic when she told them over the clicking of tea cups and through a haze of cigarette smoke. (This was the late eighties). She once phoned 999 wanting the police to report that a sparrow had stolen the lids from her milk bottles on her doorstep.

My dad’s mum, Betty, was small and round, and wilder and more windswept than Alice. Betty spent a great deal of time outdoors so she was forever in a head scarf and Sensible Shoes, with an anorak thrown over her Crimplene frock. I often think that had she lived a different sort of life she would have made a lot of money by wrestling bears. She was that sort.

What joins these very different women together forever in my mind is Christmas. The approaching festivities each year seemed to make them even more bonkers.

The preparations for the big day started for Alice shortly after my birthday which is in August. As soon as she got a whiff that there was a jar of Cranberry sauce or a chocolate selection box to be bought in a supermarket, she would start stocking up. By December her pantry would be groaning with jars of Christmas condiments and treats.

During the October half term each year my brother and I would be summoned to help her make the Christmas cakes. This would be a full day operation at the end of which we would stagger out of her kitchen, covered in flour, and snorting with laughter and the air would be full of the spicy cake smell which meant the Christmas was just around the corner.

Betty was more of a lone Wolf when it came to Christmas prep. She’d barricade my Grandad George into a corner of the living room with a block of Kendall mint cake and a Dick Francis and then turn the house into a makeshift Christmas pudding and mince pie making factory. Her Christmas pudding recipe was a secret, but from what I remember it was essentially just a cannon ball sized sphere of brandy held precariously together with a few piece of dried fruit. Once set alight at Christmas lunch it could easily have burnt until Easter had a dollop of cream not taken away that fire risk.

Grandmas and their bonkersness are at the heart of my new Christmas book “The Twelve Days of Christmas OR Grandma is Overly Generous”. When I set out to rewrite and illustrate the well known carol, I had initially thought to stick closely to the original. However, it soon dawned on me how boring the idea of a sappy, love sick suitor sending his true love a series of gifts really is. How much more fun would it be if the true love was swapped for a slightly overwhelmed girl called Eloise, and the love sick suitor transformed into an eccentric, overly generous grandma with a wide variety of increasingly chaotic gifts at her disposal?

Although I don’t think I’ve ever been a little Edwardian child, and neither of my grandmas were Edwardian suffragette explorers, my memories of Christmas and my lovely, silly, hilarious and generous Grandmas are in every illustration and on every page of the book. I just know that if my grandmothers were still here, me receiving from them a herd of rhinos or a band of trumpeting penguins would not have been beyond the realms of possibility.

I hope the book sparks for readers happy memories of their own grandparents at Christmastime.

Now I must dash. The tradition of bonkers grandmothers has continued in my family. My mum (grandma to my brother’s four children and my four dogs and pet chickens) has sent me a parcel. I’ve looked in it and it would seem that I now have a busy afternoon a head of me. If any of you have any good tips as to how to squeeze a hen into a hand knitted Christmas jumper, I’d be very glad to hear them… 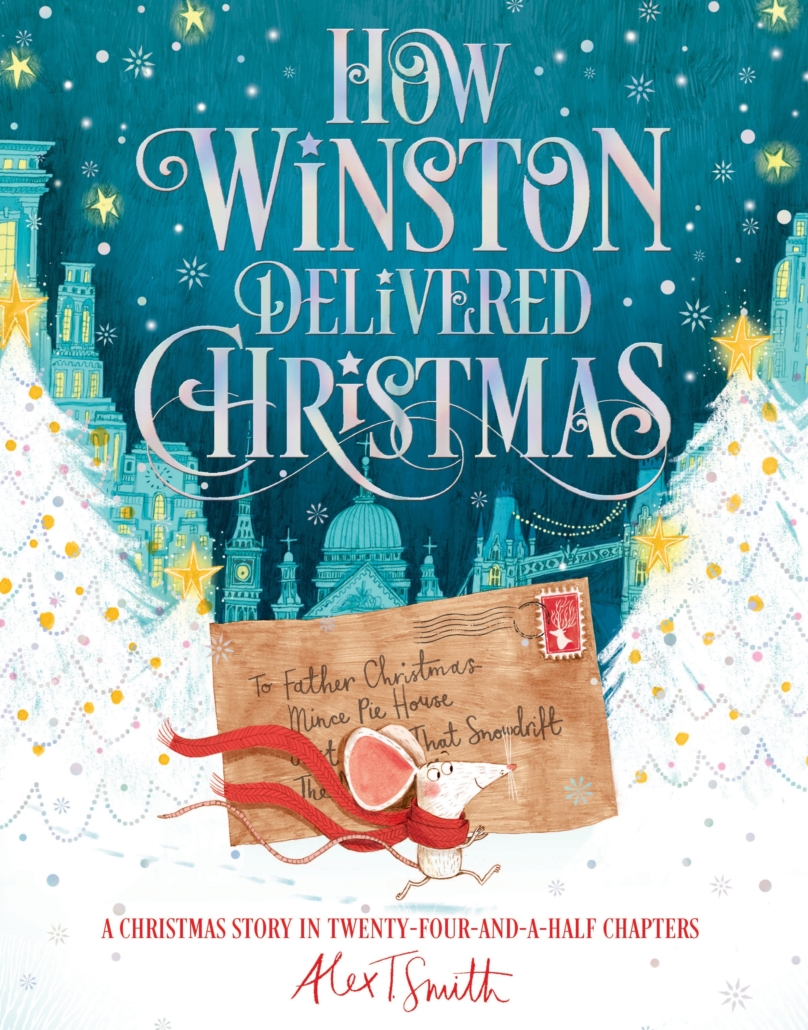 A Dancer’s Dream by Katherine Woodfine

The Inspirations for The Castle of Tangled Magic
Scroll to top